Klangbogen; a new tool from ReedGeek to improve your saxophone tone 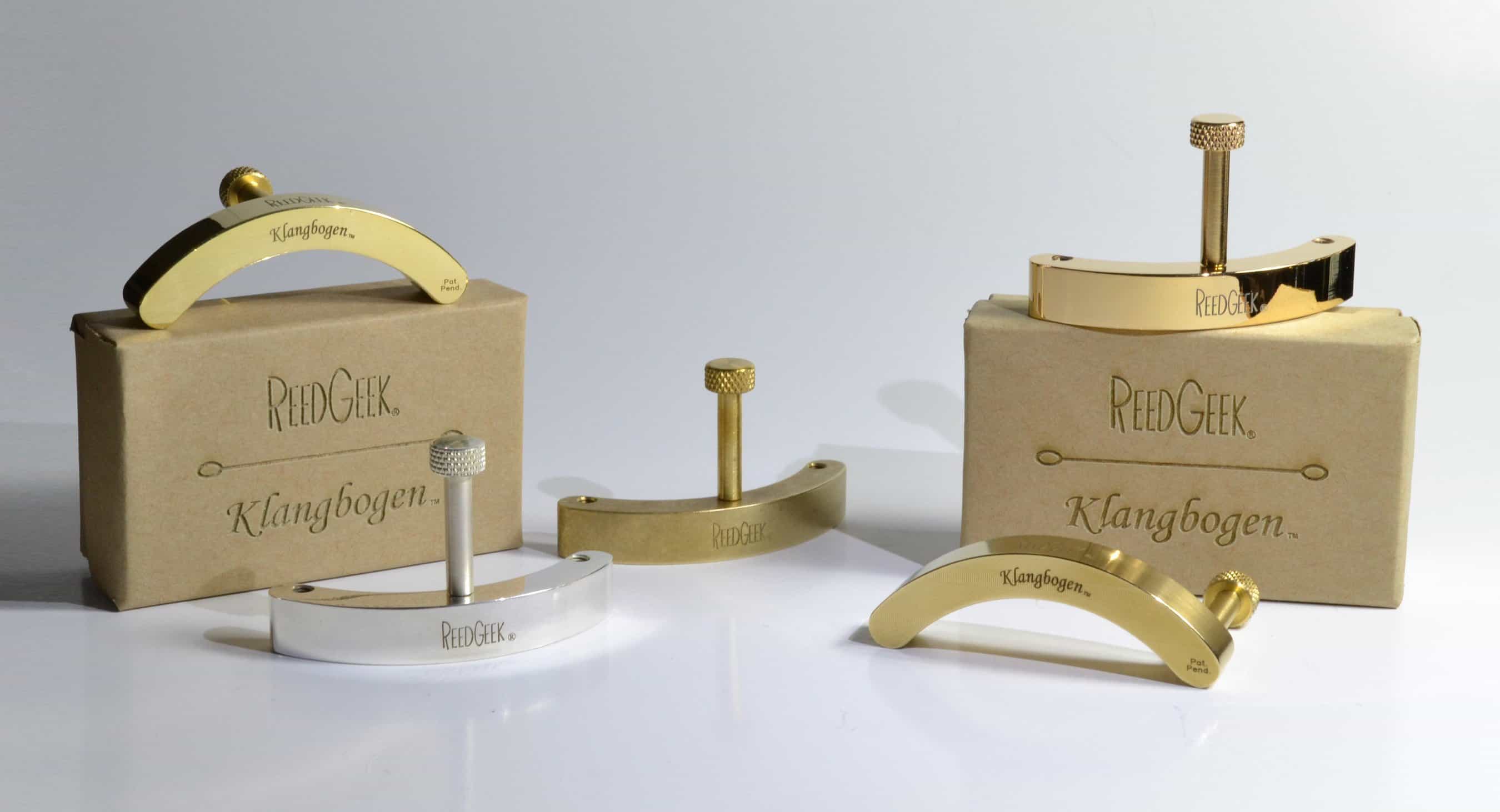 I couldn't believe what I was hearing.

One after one, every person that tried out this new tool (the Klangbogen) was getting an amazing boost in their tone – it was so big, it was blowing my hair off the top of my head! (And I have a lot of hair ?)

When I met Mauro DiGioia, President and Founder of ReedGeek Inc., at NAMM this past winter 2017, we talked extensively about his company's new product, the Klangbogen, and how it has helped countless saxophonists achieve more projection and focus with their tone. 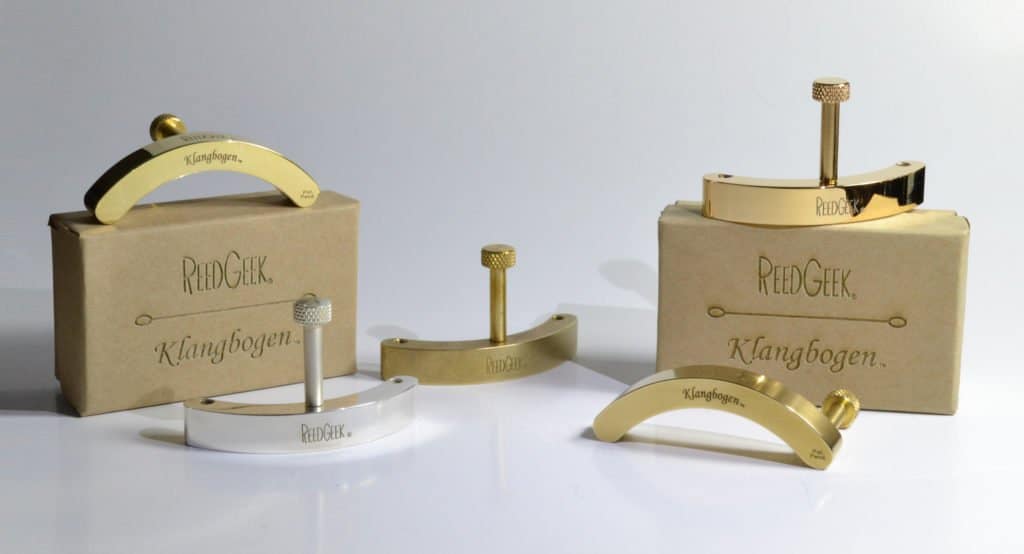 It was such a dramatic difference with everyone's tone, I had to not only try it myself, but also invite Mauro to my radio show and ask him even more about it.

(**Please note, the special discount mentioned in the interview has expired as of June 6, 2017.)

The Klangbogen is a sound bow, originally designed by the ReedGeek staff in Germany.

The inspiration for creating the Klangbogen was from Mauro's many years of working on the tenon/neck area of the saxophone. It is a very disruptive area in terms of sound production. The turn from the neck goes into straighter sections, which makes the sound wave start to dissipate.

About Mauro DiGioia and ReedGeek

Mauro Di Gioia is an entrepreneur, free-lance saxophonist/woodwind player, and the founder and President of ReedGeek, Inc. (which manufactures ReedGeek Products) based in Carson City, Nevada. For many years Mauro has dedicated his time to the betterment of reeds and reed performance for all woodwind players: publishing several articles on reed acoustics and adjustment in leading industry magazines and guest lecturing for master classes at various colleges in the United States (such as Rutgers University, Ithaca College, Sacramento State and Central Florida University). Mauro has also worked with and designed reed cuts for some of the greatest players in the world, including David Sanborn.

Since its inception, Mauro Di Gioia and his ReedGeek products have been credited with bringing about a resurgence in reed maintenance and adjustment. ReedGeek tools have quickly grown in popularity and are now used by the world’s foremost woodwind players, both single and double.

“Players should not have to be at the mercy of their reeds. Everything comes down to maximizing the reed’s function through profiling, flattening and maintenance. With knowledge, a little practice and dedication, a player of any level will see positive and noticeable results in his/her reed performance.” 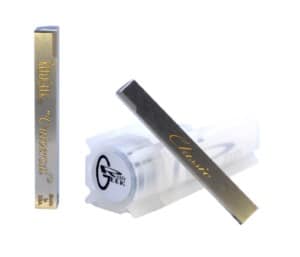 The original ReedGeek, like all ReedGeeks, is manufactured 100% from scratch, made of the highest quality USA hard alloy. The ReedGeek “Classic” implements our new, medical grade, corrosion-resistant, edge-retention process. It possesses the original four crisp planing edges, two rail adjustors, the “pencil eraser” radius tip and the square back for scraping and profiling that users have found indispensable. Encased in our proprietary self-locking neoprene bag and case, this ‘Geek will give its owner consistently great-playing reeds! 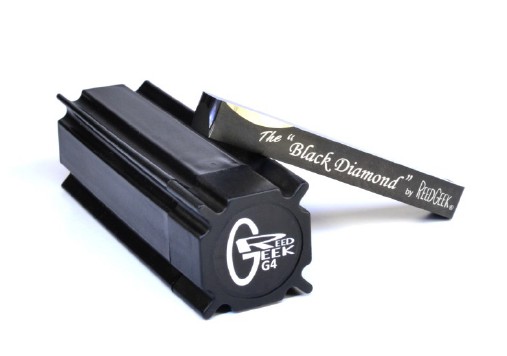 The Black Diamond G4 is our latest and most advanced Universal ReedGeek to date and utilizes unique, state of the art, 100% USA alloy. Exciting features include a newly designed length, a refined “pencil eraser” radius tip and a comfortable rounded back scraper which offers further pinpoint scraping options. It offers four crisp planing edges and two new, elongated, contoured and curved rail bevels, which are specially designed to profile rails and re-contour the spine of both single and double reeds. The G4 is now available in our beautiful black diamond wear finish, which provides ultimate refinement of the cut on both natural cane and synthetic reeds. 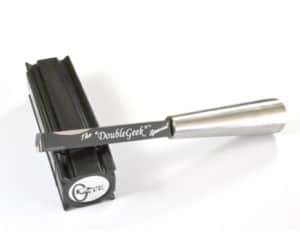 Focused on the needs of the double reed player, but useful to anyone. In addition to the wildly successful Universal tool’s features, the DoubleGeek implements two new oversized bevels allowing the user to fine tune the spines and corners with efficiency and ease (12 unique cutting surfaces in all). Like the G4, the DoubleGeek is available in our Black Diamond wear finish providing refinement of the cut on both natural cane and synthetic reeds. It is the only Universal tool that offers a threaded, removable handle for added leverage and familiarity in the hand. The DoubleGeek is encased in a deluxe, proprietary neoprene bag with a sewn-in micro-fiber cleaning cloth. Additionally, our Universal self-locking case is included for safety and storage of the tool, when disassembled. 100% USA made. 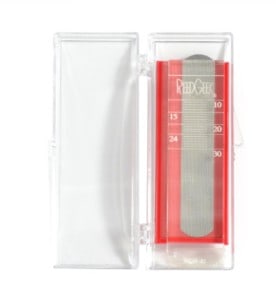 The Plaque Set allows you to quickly and easily determine mouthpiece facing lengths and gauge the position for most effective reed adjustment and balancing. The top of the plaque can also be used to support the reed for general reed working.