Want to learn tunes quickly? Here’s how I learned 61 tunes in 8 days… 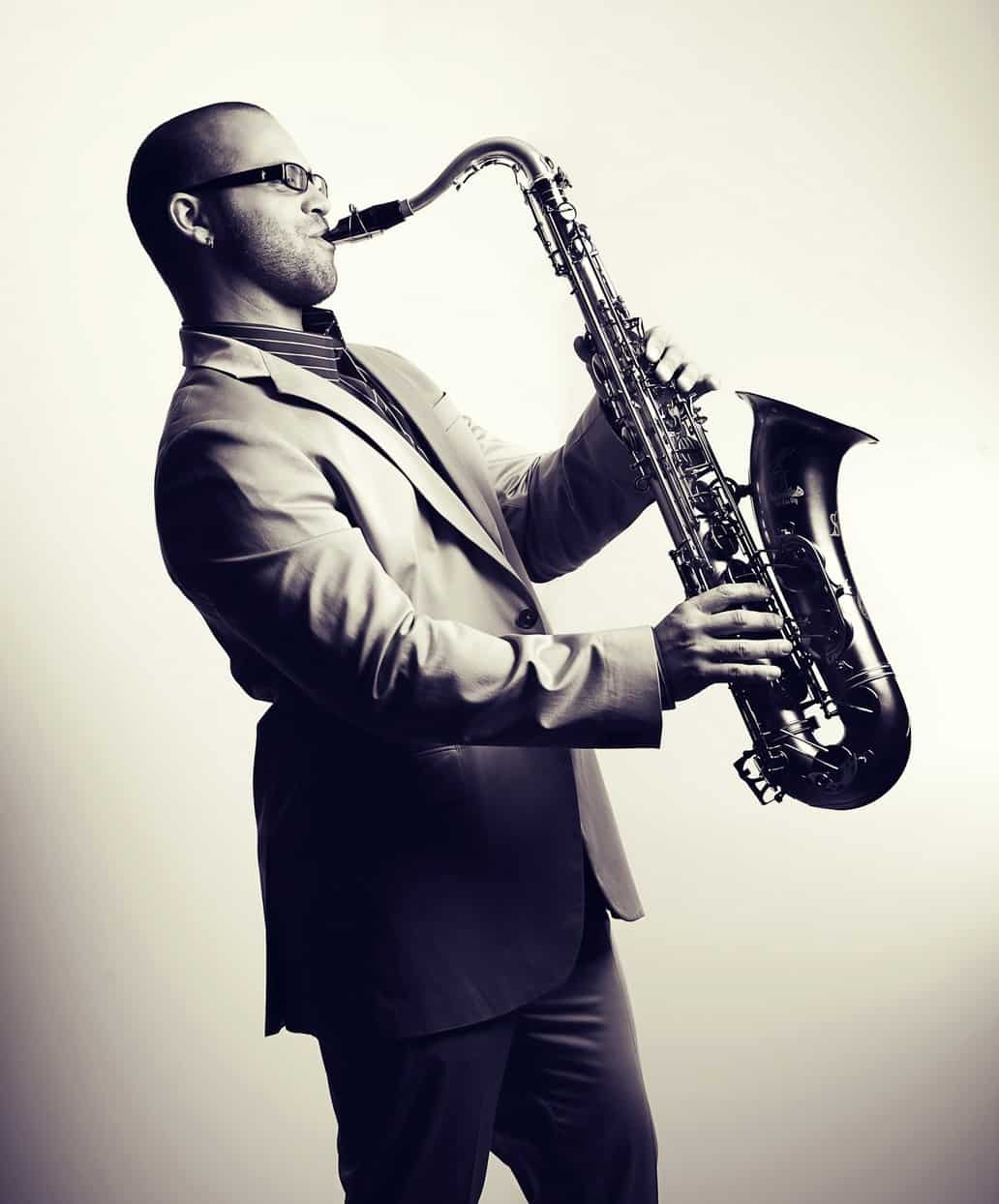 It's funny….people tend to think that professional musicians can learn tunes quickly and call up any tune at a second's notice and play it perfectly, without rehearsal.

Look at the popular show, Nashville. (It's actually one of my favorite shows.) Those musicians can effortlessly back up a singer and play the chord changes without having ever heard the tune before.

There are some amazing musicians that can do exactly that, but in reality it takes a lot of work and preparation to know many songs, especially the particular nuances in each one.

Many professional musicians have their specialties, their genres or styles they like best and can perform at a moment's notice. And, once you have a rough idea of the chord changes, you can learn tunes quickly and pull off a good performance.

But sometimes, you get called for a gig and you are not as familiar with the tunes…

So what does this have to do with me learning 61 tunes in 8 days?

I got a call to sub for a New Year's Eve gig with an established cover band that performs British Rock from the 1960's to the 80's. My first thought was….Cool, I get to play a lot of the Rolling Stones tunes that I haven't played in a very long time.

I get the set list…and it's 61 tunes, many of which I never played or even heard of. Rehearsal was next week, and I was expected to know all of them.

My next thought was, Yikes (actually it was a little more colorful than that, but this is a G-Rated blog!), how am I going to learn all those tunes, plus teach, run my business and play all the other gigs scheduled before then.

I had to come up with a plan really quick because I didn't want to lose the gig because I wasn't prepared.

You can't cram for a performance like you cram for a test – the material needs to stick in your head.

The way I figured it was that I had to learn the forms, chord changes and any horn lines or solos for 7+ tunes every day.

Click below to get access to a Free Video lesson on the 3 Common Mistakes Most Jazz Musicians Make When Improvising and How You Can Avoid Them, and get practical tips to immediately improve your jazz improvisations…

Here's what I did to learn tunes really quickly…

Want the slides from this workshop?

The band sent me the set list (4 sets), which gave me an order to learning the tunes.

Step 1: Find the recordings of the tunes I set out to learn each day and record them.

With everything being on YouTube, this was the easiest step as long as I knew the title and group. There's a lot of great resources for grabbing mp3's from videos so you can learn tunes.

One of them is called YouTube mp3. You get the URL from the YouTube video and paste it into their conversion tool. The great thing is that you  don't need to register and it's free to use.

Step 2: Listen to the songs many times to get them in my head.

Just like I teach my students, I had to continually listen to the tunes so they would stick in my head (process of audiating).

Luckily, I knew a few of the songs because they were iconic from the times; I just never played them before. The goal was to be able to recall the tune in my head without having heard it for a while.

Step 3: Figure out the form and key for each tune.

Luckily the set list contained most of the keys for the tunes. The issue I needed to work out was that a number of tunes were not being performed in the original keys.For a horn player, who doesn't have the capability of switching over to a fret or two higher, this can be a challenge. (So that's why my college teachers always said to learn tunes in every key!)

What surprised me here was that many of the tunes didn't follow a standard form that rock songs usually do. There definitely were not perfect 8 or 12 bar phrases or standard Verse, Pre-Chorus, Chorus forms.  Some tunes I had to listen to many times just to make sure I caught the 17 bar phrase.?

Step 4: Figure out the chord changes.

Just like some of the forms weren't nice and neat, the chord changes for some tunes were not expected. And, some of the recordings I found were not clear, so it was hard to hear the actual changes.

It took quite a bit of work to figure those tunes out. Some of those tunes were the same ones with the 17 bar phrases… I had to make sure I could hear the bass line and make some educated guesses with the chords. Once at rehearsal, I knew I would hear the changes better and get the progressions.

Apps like iReal Pro are helpful. Once you buy the app, you can access the forums, where you can download thousands of chord charts. (Please keep in mind, there is no sheet music of the melodies, just the chord changes, and not all the changes are 100% accurate.)

If I had more than 8 days, I would have transposed some of the main lines and the chord changes to solos to the new key. But I didn’t, so I had to work quickly and efficiently.

The Amazing Slow Downer is an awesome tool to learn tunes at slower tempos and/or in different keys. What's really cool is that you can save your altered version and export it as an mp3 or other format.

Step 6: Are there any iconic solos that I should get familiar with?

Once I wrote out all the forms and basic changes, I made sure to also chart every tune in Finale. But I did this in stages. I knew what songs had saxophone lines and solos, so those were a higher priority. With my 7+ tunes per day, I also charted my higher priority tunes in Finale. After the first rehearsal, I could chart the rest of the tunes so that they were neater, and I could import them into my ForScore app for the actual gig.

You can use Finale, Sibelius, or the free resource, Musescore.

When using free resources, know their limitations before you start charting. you don't want to find out that all the hard work you did can't be saved or printed out.

By the way, ForScore is a terrific app for not only storing all my music, creating and changing set lists, but I can also assign audio files to each song when I play a tune with background music, I can do it from one app.

Click below to get access to a Free Video lesson on the 3 Common Mistakes Most Jazz Musicians Make When Improvising and How You Can Avoid Them, and get practical tips to immediately improve your jazz improvisations…

So how did the first rehearsal go?

Because of all my preparation and hard work, it was like I was a regular band member. I just now needed to learn their changes to some of the song forms and what other songs they wanted me to take solos. A drummer was also subbing for this gig, and was given the same task as I; learn the 61 tunes for the first rehearsal.

He also had a bunch of other gigs and a family, etc., and he was a really nice guy. But the key difference was that he didn't prepare.

He didn't listen to even half of the tunes, and it was not a particular genre he was familiar with.

He was a good drummer, but he didn't prioritize his time to work on the tunes for this gig.

So when the first rehearsal arrived, he didn't have the right groove, and we couldn't get through all the tunes.

Needless to say, he lost the gig…

What was great about learning all these tunes so quickly was that I finally got a chance to play some classic rock songs and solos that I’ve been wanting to perform, and I was exposed to some really cool tunes I never heard before that had fun sax parts.

Learning so many tunes quickly, especially the ones with unusual progressions and forms helped develop my ears even more.

If you have to learn a lot of tunes for a new band or a sub gig, definitely come up with a plan (whether it follows the order of mine or not doesn’t matter, it’s all about being prepared).

First impressions are important, and if you come across as unprepared and not having done the work, it will make it difficult to get future gigs not just with that band, but others. (People tend to talk, and most jobs are filled through word-of-mouth referrals.)