How Ligatures Can Improve Your Saxophone Tone; my interview with George Reeder from Rovner Products 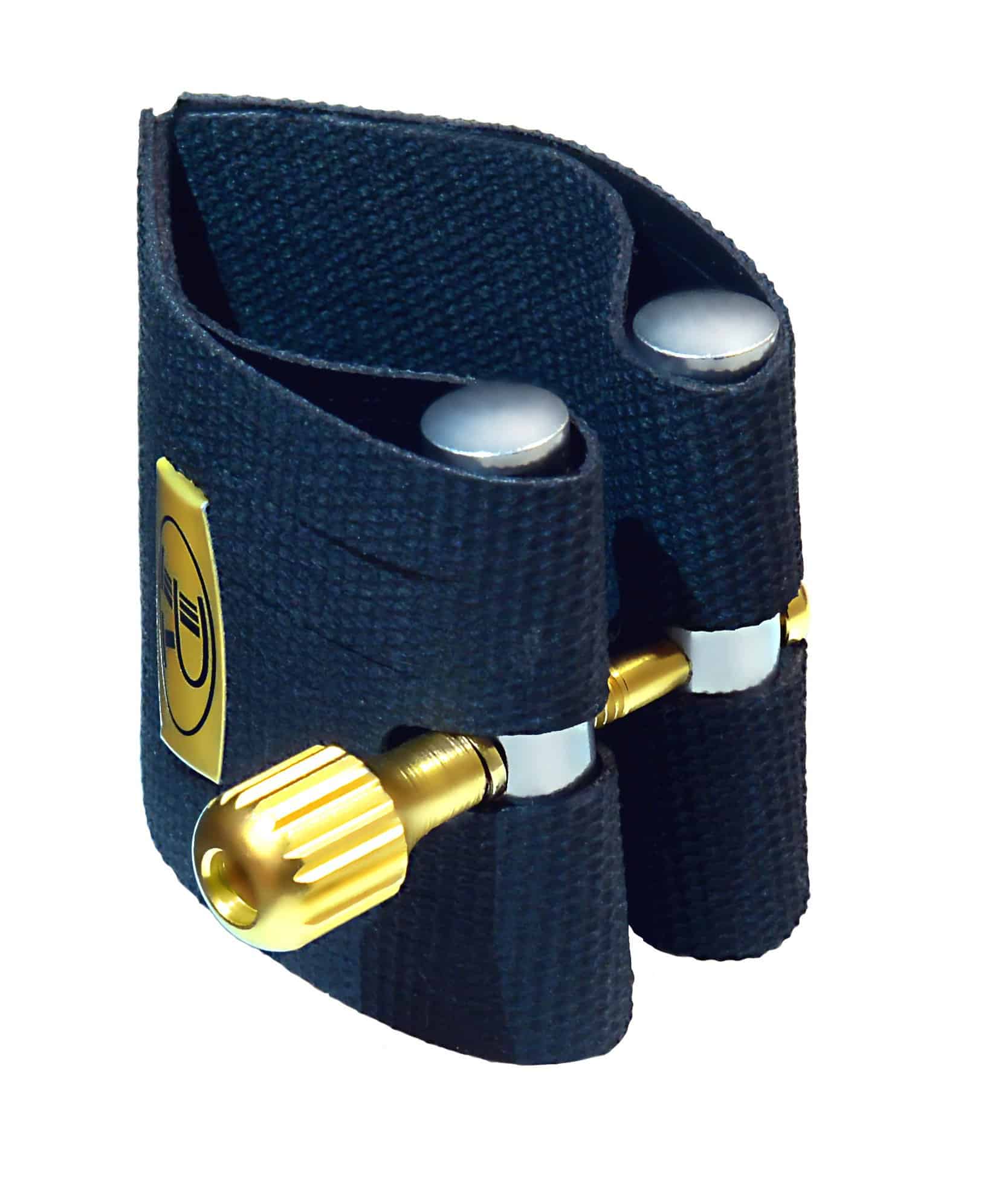 Many view the saxophone ligature (and clarinet ligature) as just something to keep the reed on the mouthpiece so it can vibrate to produce sound.

As a result, you will often see beginner saxophone and clarinet mouthpieces with that standard metal ligature – you know, the one that is easily breakable and doesn't always fit every mouthpiece well.

Many more musicians nowadays are paying more attention to their ligatures to refine their tone and make their playing more efficient.

According to George Reeder, Owner/President of Rovner Products, the ligature does more than just hold the reed on. In fact, Phil Rovner, original owner of Rovner Products, has known this for a long time, and has always looked at ligatures as a relevant tool for the musician.

I personally have been using and recommending Rovner ligatures for over 25 years, and was really excited to get the opportunity to meet the good folks at Rovner, George and Lynn Reeder, at a recent NAMM Conference in Anaheim. We talked for quite a while, and George guided me through the best ligature for my tenor and alto saxophone mouthpieces. He was right on the money; I love the improvement in my tone, and I was happy before the new ligatures!

When George told me about all the new ligatures AND the new rectangular bore clarinet barrel, I knew I had to have him on my BAM Radio Network show so that all musicians and music teachers could benefit from his wisdom.

My interview with George was epic; it lasted almost an hour! We covered Rovner Products' history, why ligatures are so important to the tone, and the individual features of each of the Rovner ligatures.

Rovner first offered the Classic Dark Ligature, which is still very popular today as a great choice for players of all levels. 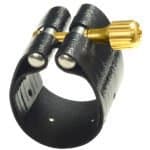 A few years later, the Classic Light ligature became available, which helped brighten up the tone a little bit and was a bit more responsive. 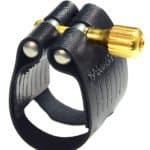 Next came the Mk III, a variation of the Dark Ligature with more weight and tonal substance. 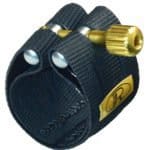 The Versa, a predecessor of the Versa X, had re-positionable flaps and cradle with inserts to give more control over the tone. (This was similar to the Eddie Daniels Ligature, which I still have!) 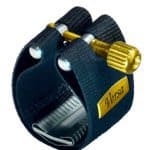 Now, there are 5 more new offerings from the Next Generation Series for Saxophone and Clarinet musicians. Notice the patented resonating ribs in these ligatures. 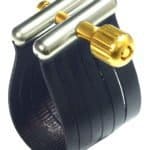 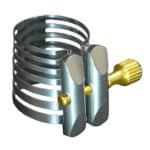 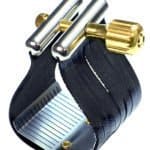 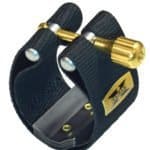 George played sax when he was in high school and studied under Ron Diehl, former lead alto for the U.S. Navy Commodores…a perfect fit for a young player who was already a huge jazz lover.  While his interest in music never waned, George set the saxophone aside while pursuing a career in electronics and starting a family.  He didn’t return to playing until he was 30.  As he upgraded his equipment, his first purchase was a Rovner  ligature.  A couple of years later, frustrated at how few opportunities there were to play with other adult hobbyists, he launched a jazz jam in Westminster, Maryland, a small city in a bucolic part of the state.  He then purchased a Rovner mouthpiece and invited Phil Rovner to attend the jam.  Phil not only attended, but was blown away by how successful the jam turned out to be, especially in this unlikely setting.
In 1994, Phil hired George away from a 19-year career at Xerox Corporation to fill the role of General Manager at Rovner Products.  Unfortunately, the timing wasn’t right and the position was short-lived.  The two parted on good terms, and continued to keep in touch.  George then became general manager of a precision sheet metal company for the next three years, responsible for everything from human resources to the implementation of an ISO 9000 quality program.  That company eventually closed and it was then that George decided to heed the inner voice that kept saying, “You’re an entrepreneur!”  A lifelong love of construction led him to launch a remodeling company, eventually focusing on renovations and design/build for high-end additions.  When the economy tanked in 2008, taking out the construction industry, he had another decision to make:  dog paddle until things picked up again, or jump into a new boat and set sail for a new career.  He chose the latter.  He studied life coaching under renowned life coach, Martha Beck, and also checked in with Phil Rovner again.
This time the timing was just right.  Phil had ideas for several new ligatures and needed help getting them to market. He hired George as a consultant, charging him with new product development and marketing.  For the next five years, George and his wife, Lynn, infused new life into the Rovner name by exhibiting at trade shows, reaching out to educators and new players, and placing creative, eye-catching advertising.  Rovner Products celebrated its 40th anniversary in 2014, and it was then that Phil Rovner finally felt ready to retire.  Confident that he had found the right people to lead the company forward, he sold the Rovner Products to the Reeders in January of that year.  The past three years have been a whirlwind of activity to include updating the facility, streamlining processes, strengthening the infrastructure, investing in new equipment, improving customer service, enhancing product performance and continuing to keep the Rovner product line recognized and relevant for future generations of woodwind players to come.

Founded in 1974 by Phil Rovner, Rovner™ Products started with the creation of one ligature, the original Dark, but has since grown to include four “Classic” models, four “NextGeneration” models, and the unique Rovner™ Turbo-Charger Kit. Rovner™ Products are distributed worldwide and are enjoyed by all kinds of musicians, from beginning students to la crème de la crème of professionals. Although there have been many imitators over the years, the name “Rovner” is well established and deeply respected, and musicians continue to look to Rovner™ Products for reliability, quality and innovation.

Rovner Products celebrated its 40-year anniversary in 2014, and at that time, Phil Rovner sold the company to George and Lynn Reeder. They have since brought the Rovner company forward with streamlined processes and infrastructure, and have continued to make the Rovner name relevant for today’s and future musicians of all ages.